Curiosity is a bad thing...I just dissasembled my Garmin Edge 800 and Edge 810 to find internal differences.  This might be helpful to somebody else.

On the outside they are identical... just different colors: 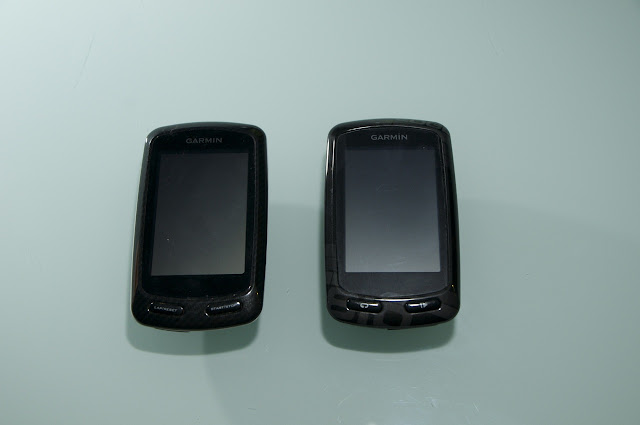 On the backside, there are 6 TORX screws. After removing them, the touchscreen sensor panel can be removed (just be careful with the flex cable). This procedure is identical in both units. 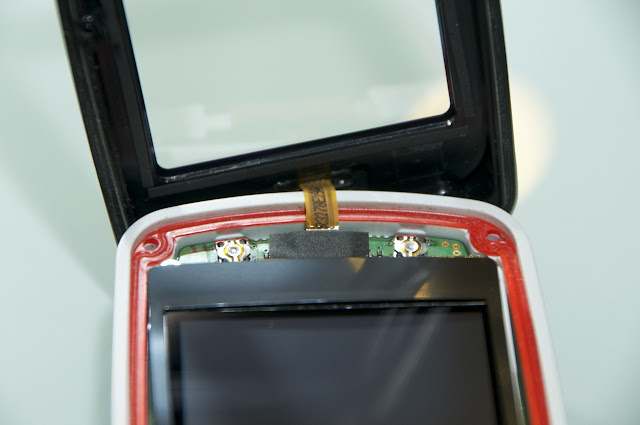 There are 2 TORX screws holding the lcd panel. 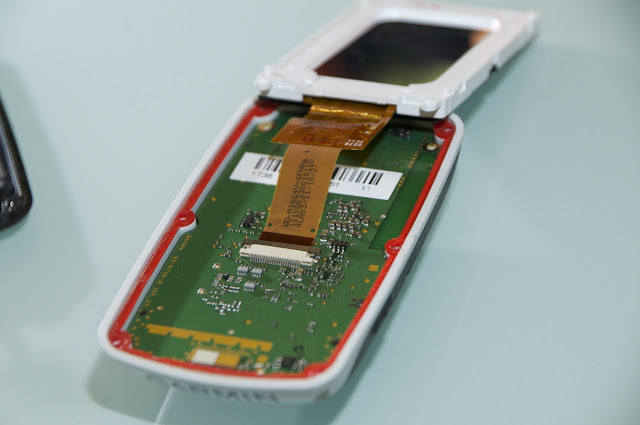 After removing the LCD screen, the main board can be extracted.. little pressure and the connector releases 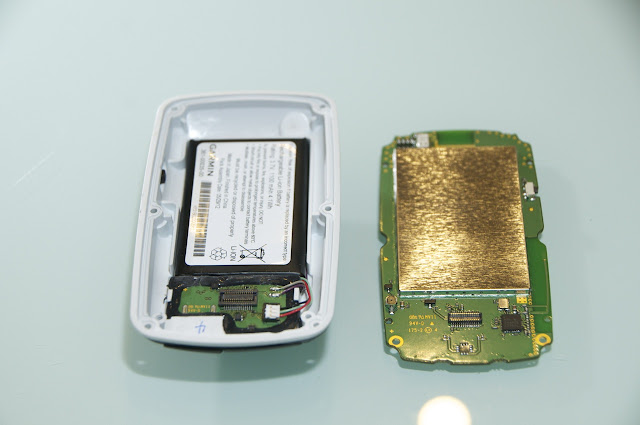 Both touchscreen sensors are identical 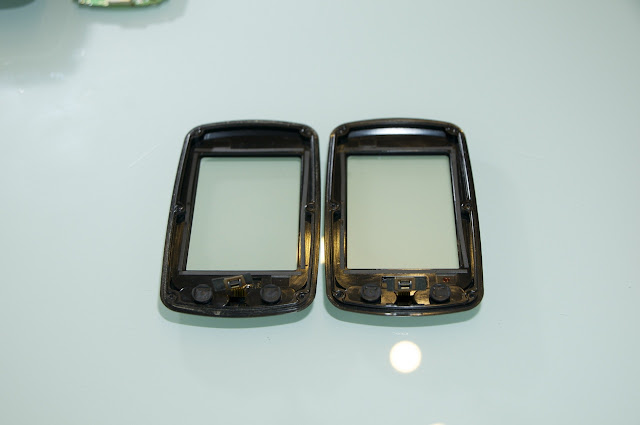 both LCD screens are identical 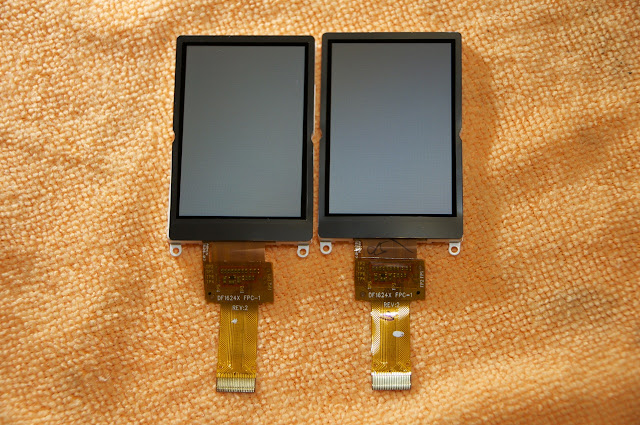 Same batteries. Batteries are hold in place with some soft glue.. below them there the little speaker. 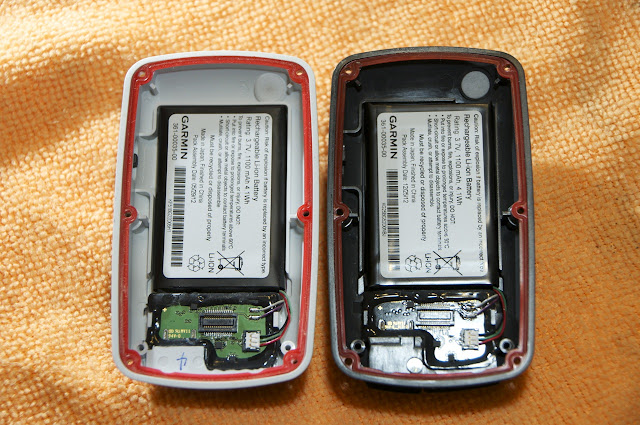 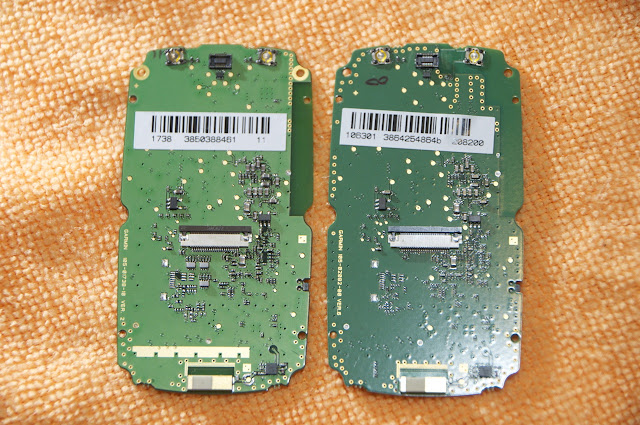 backside of the main boards after removing the RF shield 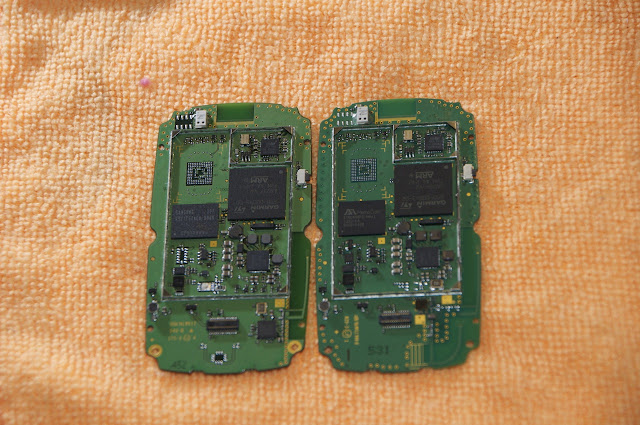 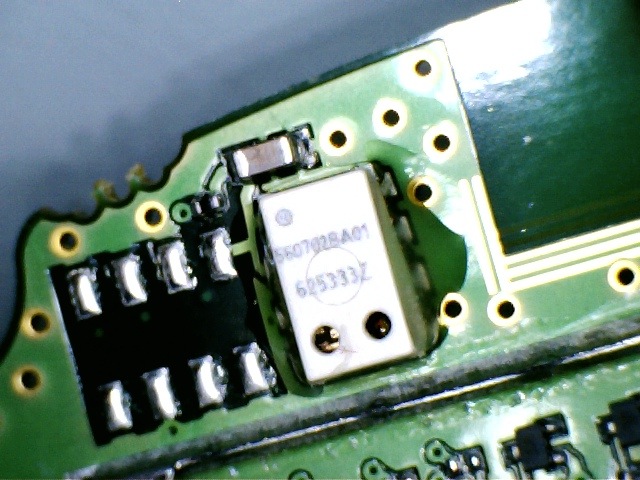 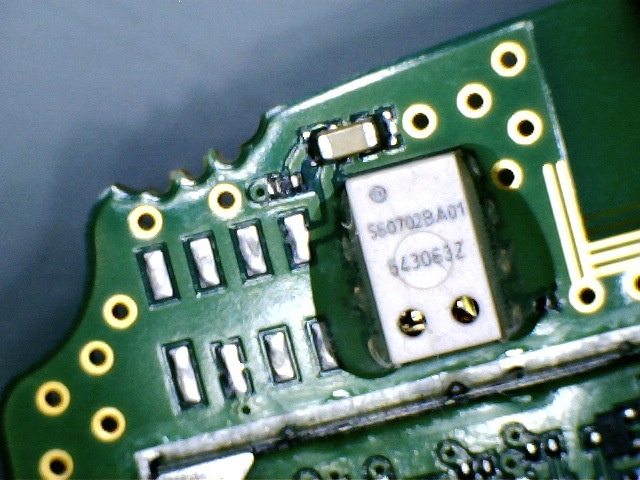 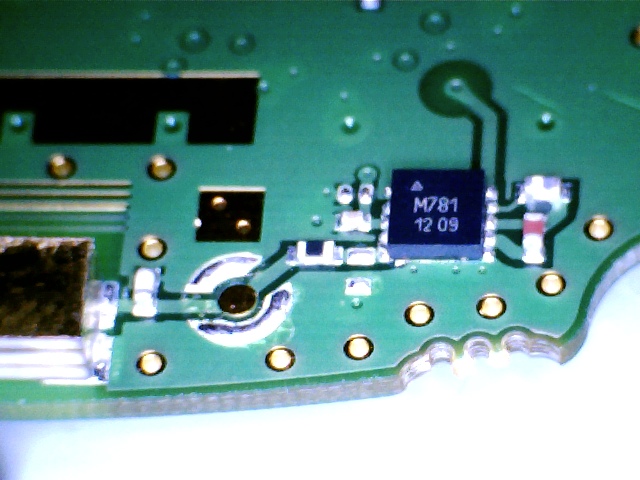 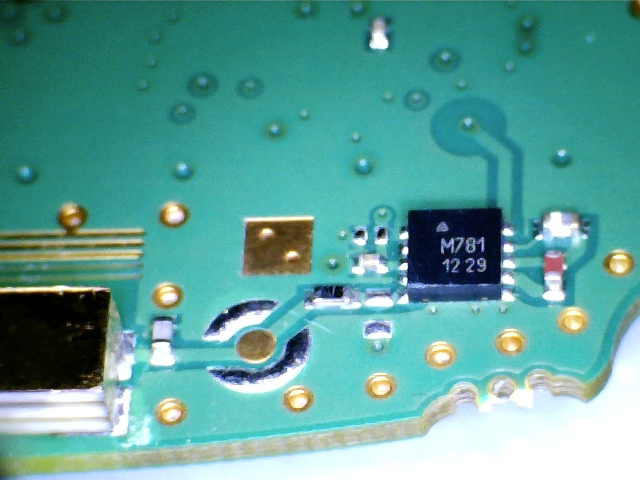 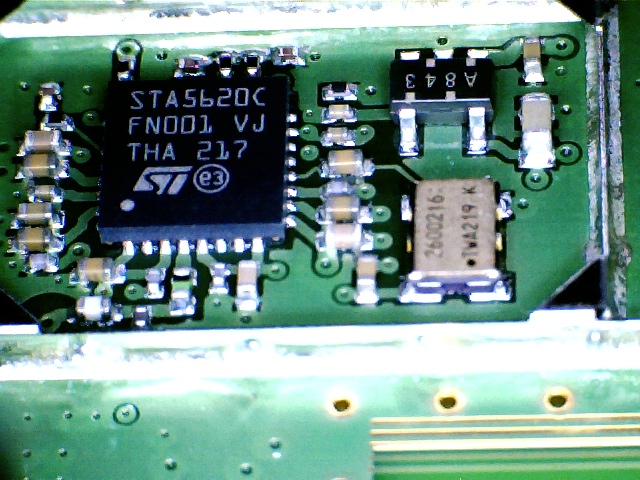 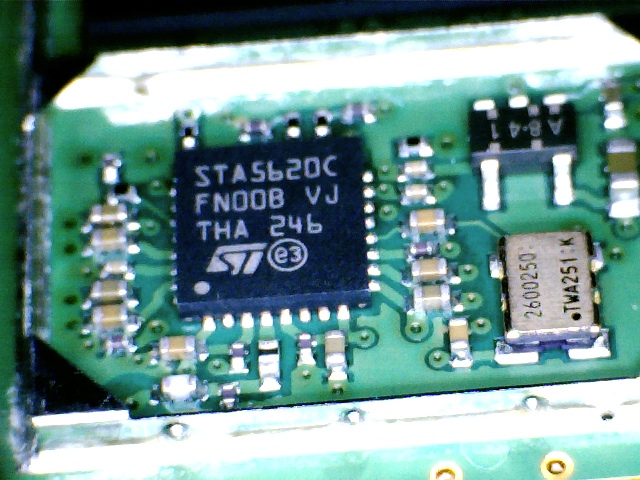 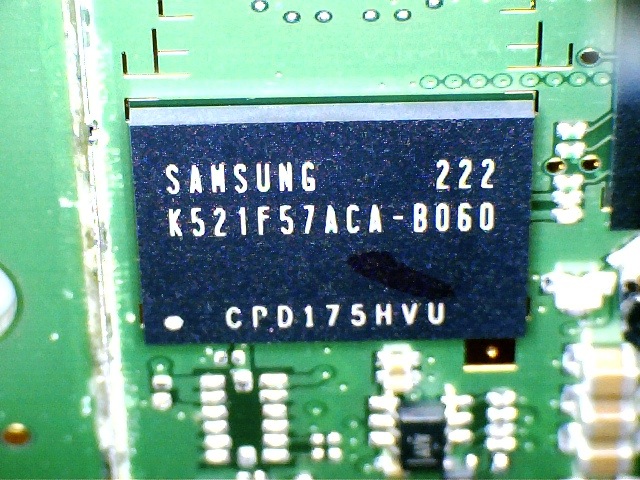 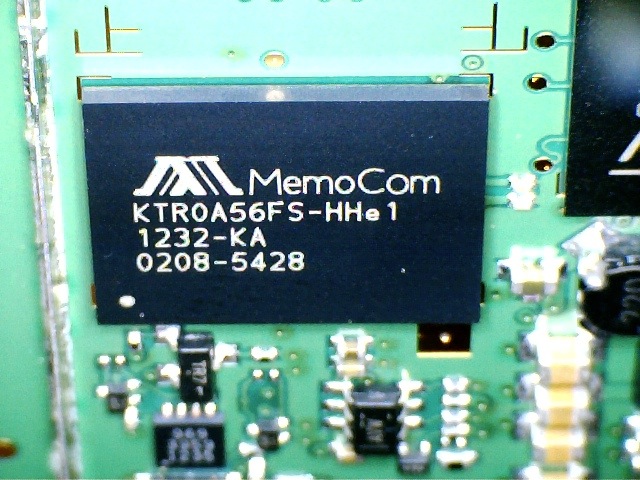 Both units use an ARM cpu manufactured by ST for Garmin.. By looking at the P/N it seems that the 810 has a different (better?) cpu 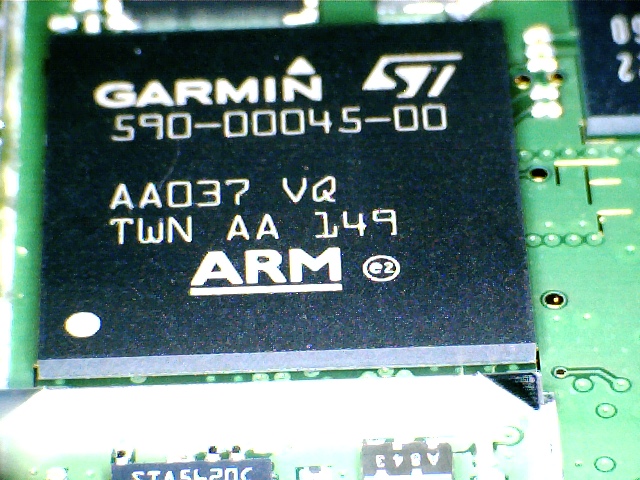 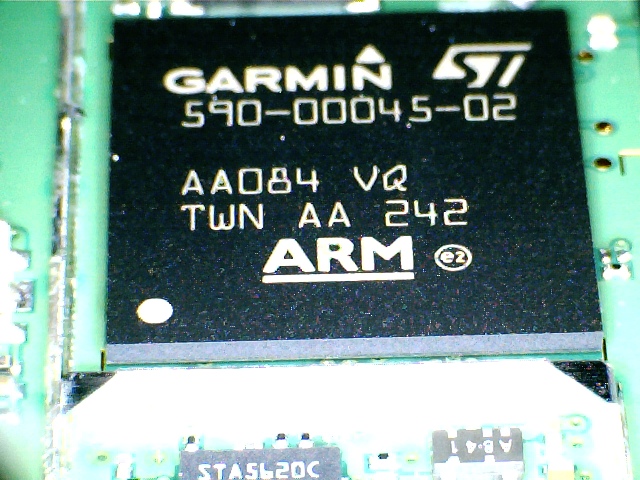 Voltage regulation is identical in both units 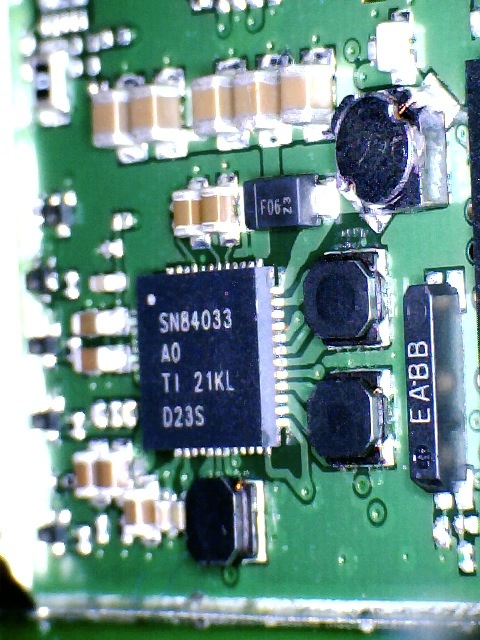 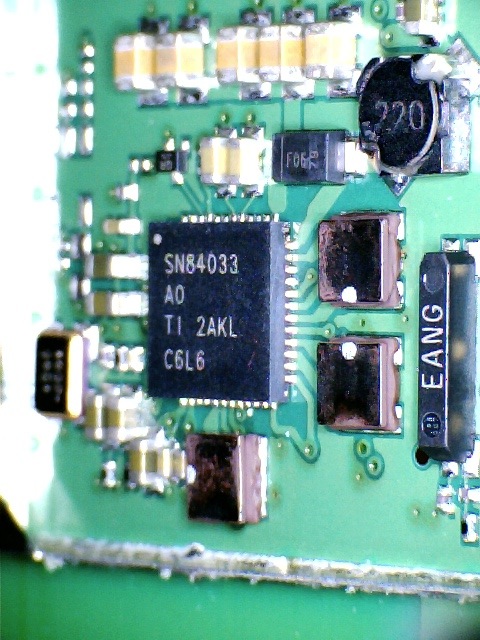 Both units share the same SD/MMC level converter (WM406L)
Both units use the same fuel gauge ic (Maxim 17040)
I couldnt id the rest of the IC.. if somebody recognizes any of them, please let me know 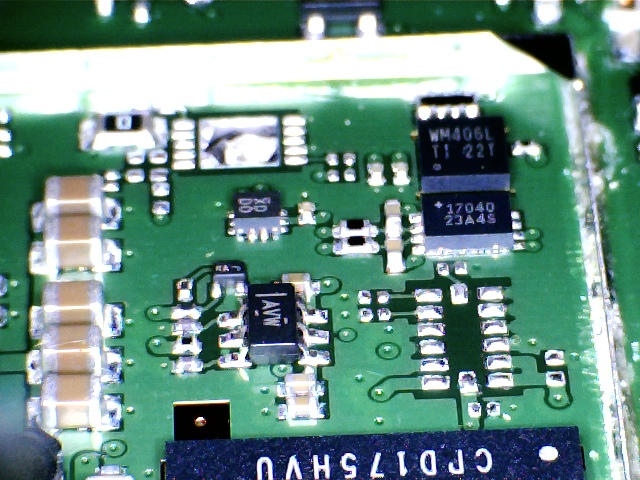 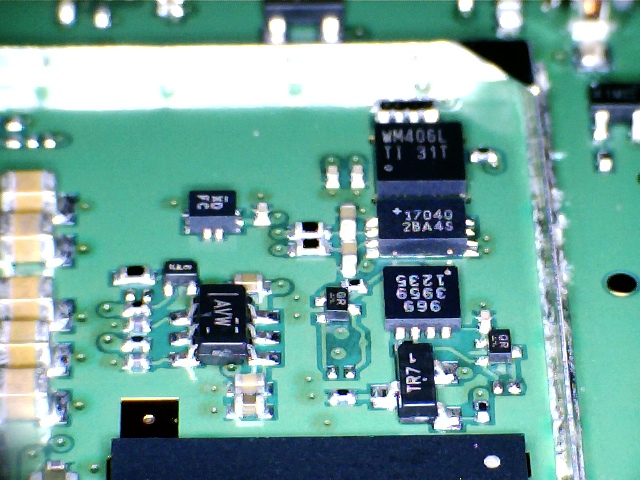 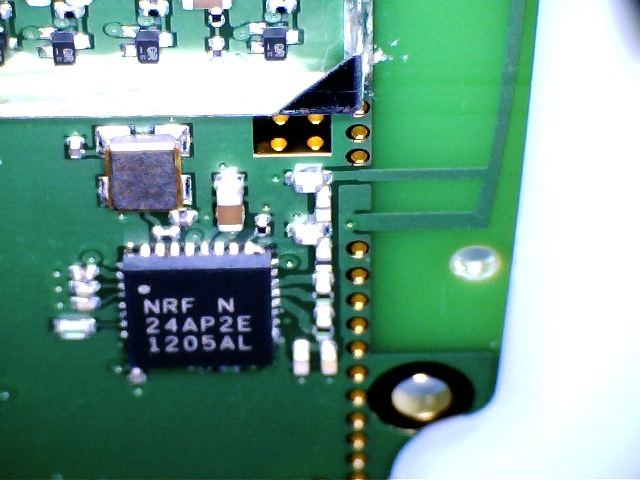 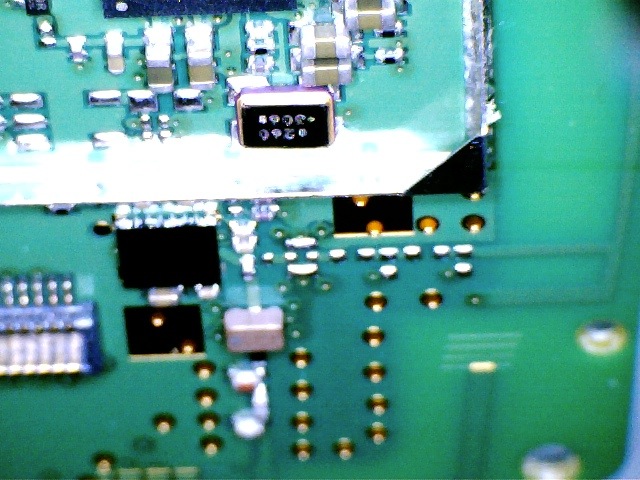 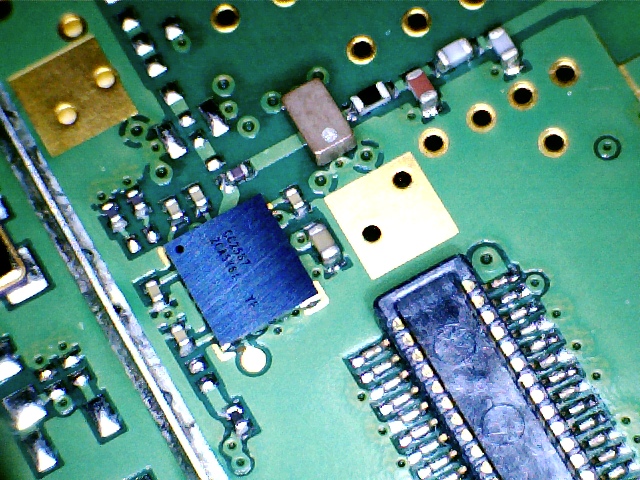 As we can see, the 800 and 810 are very similar devices. They basically added BT, perhaps a faster cpu (not confirmed) and they deployed a new firmware

I dont recommend upgrading from 800 to 810 at this time... 810 software is still buggy, Livetrack does not work well (probably because IOS/Android apps are buggy) and Turn by Turn navigation will work sometimes for part of a route but most of the times it will crash the unit without any warning.
Posted by Unknown at 12:27 AM